High up in the mountains of Montana’s Glacier National Park, there are two species of insect that only a fly fishermen or entomologist would probably recognize. Known as stoneflies, these aquatic bugs are similar to dragonflies and mayflies in that they spend part of their lives underwater before emerging onto the land, where they transform into winged adults less than a half inch long. However, unlike those other species, stoneflies do their thing only where cold, clean waters flow.

In fact, these flies live pretty much exclusively downstream from glaciers, snowfields, and frigid alpine springs, and they have evolved a nifty suite of antifreeze compounds to make it all possible. It’s a pretty cool trick — one that has helped the insects survive for hundreds of millions of years in frigid conditions that have sent others packing. But what makes these insects special may also be their undoing — and soon.

In November, the U.S. Fish and Wildlife Service added the western glacier stonefly (Zapada glacier) and the meltwater lednian stonefly (Lednia tumana) to the Endangered Species List, both under the designation of threatened. And while the two species are extremely sensitive to pollution, as all stoneflies are, another very significant risk factor is what triggered the listing.

“All of the glaciers in Glacier National Park are expected to be gone by 2030,” said Noah Greenwald, director of endangered species for the Center for Biological Diversity (CBD). Like, all of them all of them. Ten years from now. And without giant chunks of ice to chill their streams and supply life-sustaining meltwater, the stoneflies cannot exist.

‘Why are the nurseries so quiet?’ Global research observes drop in premature births in lockdown 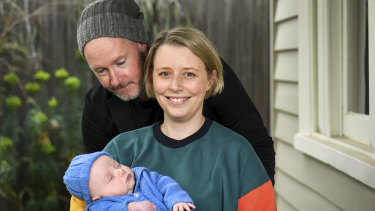 The pandemic’s effect on births is unexpected in one way! –

A reported dramatic drop in the number of early pre-term babies born during COVID-19 lockdown has doctors all over the world pondering: how big a factor is stress on the timing of births?

In Ireland and Denmark, doctors have observed that the number of babies born prematurely plummeted during the coronavirus lockdown in April and March, but the reasons remain a curious mystery.

“When things are stressful women do one of two things, they either birth the baby quickly or they keep the baby in” said Hannah Dahlen, Professor of Midwifery at Western Sydney University.

“It probably dates backs to the ancient roots. If you were out in the desert and you were going to be potentially attacked by wild animals, you want have the baby quickly and run or you want to keep the baby in and run.”

So, are women keeping their babies in psychologically until it’s safe time to let them out?”

Source: ‘Why are the nurseries so quiet?’ Global research observes drop in premature births in lockdown Plants are awesome. They brighten up your space and give you a living thing you can talk to when there are no humans in sight.

Turns out, having enough of the right plants can also add moisture (aka humidify) indoor air, which can have a ton of health benefits.

Yep, the right amount of humidity in the air can:

reduce the likelihood of infections and allergies

Ready to work on your green thumb? We’ll cover which plants to get and which ones to avoid, and even throw in a few pro tips to help you make the most of your plants.

Spider plants are one of the best plants you can buy for increasing indoor humidity, according to research from 2015.

Even NASA agrees. It did a study in the ’80s that found spider plants are able to remove toxins like carbon monoxide and formaldehyde from indoor air.

Perhaps the coolest part of all? They’re super easy to grow. Now that we know so much about how important early detection of autism is, more research that helps! –

Infants with particular patterns of electrical activity in the brain go on to have high levels of autism traits as toddlers, a new study shows.

Specifically, babies who have unusually high or low synchrony between certain brain waves — as measured by electroencephalography (EEG) — at 3 months old tend to score high on a standardized scale of autism-linked behaviors when they are 18 months old. These levels of synchrony reflect underlying patterns of connectivity in the brain.

The work “reinforces the concept and the truism that brain development is affected before autism diagnoses are made,” says lead researcher Shafali Spurling Jeste, associate professor of psychiatry and neurology at the University of California, Los Angeles. “We believe that we could work to start rewiring the brain if we intervene effectively and early enough. That message, quite simply, is a very important one.” Climate-Friendly Heating: How to Stay Warm Without Fossil Fuels – EcoWatch

Heating with coal, oil and natural gas accounts for around a quarter of global greenhouse gas emissions. But that’s something we can change, says Wolfgang Feist, founder of the Passive House Institute in the western German city of Darmstadt.

“Buildings can be powered in a climate-neutral way, and that’s possible worldwide with renewable energies,” he told DW, adding that a crucial factor is to make buildings more efficient so no energy is wasted.”

With good insulation and ventilation systems, it’s possible to achieve energy savings — compared to conventional buildings — of 80-90% in new buildings and 75-80% through energy-efficient renovation in old buildings.

“The remaining demand could then be met with a mix of renewable energies. And this combination can vary, depending on the region, says Feist, who is a professor of physics and a pioneer of efficient construction methods.”I see district heating with renewable energies, and heating with ambient heat and heat pumps as important sources here,” he says. Substances used for air conditioning in almost all new cars are building up in the environment and may pose a threat to human health, researchers say.

These “ozone friendly” chemicals have been introduced to replace products that were damaging the ozone layer.

Now widely used across industry, these alternatives do not break down in the environment.Scientists have now found increasing levels of these chemicals in Arctic ice samples dating back to the 1990s.

The Montreal Protocol is regarded as one of the most successful environmental treaties ever adopted.

Signed back in 1987, it committed countries to regulate their use of chlorofluorocarbon chemicals (CFCs) that had recently been found to be depleting the ozone layer.

A growing hole in the ozone over Antarctica had been detected in the mid-1980s and there was serious concern about the threat it posed to human health.

CFCs were then widely used in refrigeration, in air conditioning, as solvents and in aerosol sprays.In the intervening decades, alternative products that are less harmful to the ozone layer were introduced.

As a result, researchers have reported progress in reducing the size of the hole. However, there are now concerns that the solution may be inadvertently damaging the environment and threatening human health.