It’s completely understandable that we’re all cleaning a lot more than usual at the moment but here’s why it’s important to know what goes into those products! –

Frequent use of cleaning products in the home may increase a baby’s risk of developing asthma and chronic wheezing during early childhood, and could be an important area for respiratory health interventions, a new study suggests.

The study, published in February in the Canadian Medical Association Journal, investigated data from the ongoing Canadian Healthy Infant Longitudinal Development, or CHILD, Cohort Study, which follows infants from the beginning of gestation to 3 years old.

Infants are more susceptible than adults to the harms of chemicals, since their organs and immune and respiratory systems are still developing. They also spend more time indoors and in closer proximity to the ground, where cleaning chemicals accumulate.

The study reviewed how frequently 2,022 households used 26 cleaning products – including dish and laundry detergents, and multisurface and glass cleaners – during infants’ first three or four months. Researchers then compared this data to the children’s health outcomes at age 3. What we don’t know about where this additive goes! –

This popular additive has been deemed GRAS by the FDA, though some experts argue that it can have potentially dangerous side effects, particularly when consumed on a long-term basis.

The FDA mandates that MSG must be labeled by its usual name of monosodium glutamate when used as an ingredient in food. Foods that naturally contain MSG, such as tomato products, protein isolates, and cheeses, aren’t required to list MSG as an ingredient.In other countries, MSG is classified as a food additive and may be listed by the E-number E621.Here are 8 foods that commonly contain MSG.

One of the best-known sources of MSG is fast food, particularly Chinese food.

In fact, Chinese restaurant syndrome is a condition characterized by symptoms including headache, hives, swelling of the throat, itching, and belly pain experienced by some people shortly after consuming MSG-laden Chinese food.

Although many Chinese restaurants have stopped using MSG as an ingredient, others continue to add it to a number of popular dishes, including fried rice.

MSG is also used by franchises like Kentucky Fried Chicken and Chick-fil-A to enhance the flavor of foods. Not that mums-to-be need any more reminding of how important diet is! –

Should you let babies ‘cry it out’? Debate reignited by new study | The Guardian 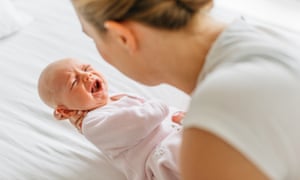 So, whichever method you choose, it might not make much of a difference! –

The debate over whether parents should leave a wailing baby to “cry it out” or rush to their aid has been reignited by research that suggests allowing them to bawl does no harm.

Attachment theory suggests parents should dash to calm their infants, and proponents say leaving infants to cry could have knock-on effects including damaging the bond between parent and child and raising the infant’s stress levels.

Others, however, argue that picking a baby up reinforces crying, and that parents should leave the child.Now researchers say they have found that leaving infants to cry has no impact on their behavioural development or their attachment to their mother, but may help them develop self-control.

Source: Should you let babies ‘cry it out’? Debate reignited by new study | Life and style | The Guardian The German government and regional leaders have agreed on a plan to phase out coal-fired power stations by 2038, involving compensation of about €40bn (£34bn; $45bn).

The end date for burning brown coal (lignite) – the dirtiest type of coal – could be brought forward to 2035, depending on the progress made.

Germany has more than 250,000 workers in renewable energy sectors – far more than in the coal industry.

Coal is a big driver of global warming. The €40bn compensation will target four German states which have lignite mines and coal-fired power plants: Saxony-Anhalt, Saxony, North Rhine-Westphalia and Brandenburg. 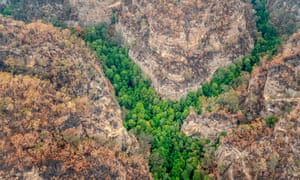 Many amazing stories emerged from the bushfires earlier this year, this was one of them –

Firefighters have saved the only known natural stand of Wollemi pines, so-called “dinosaur trees” that fossil records show existed up to 200m years ago, from the bushfires that have devastated New South Wales.

The pines are in an undisclosed sandstone grove in the Wollemi national park, in the Blue Mountains, about 200km north-west of Sydney. They were thought extinct until discovered 26 years ago.